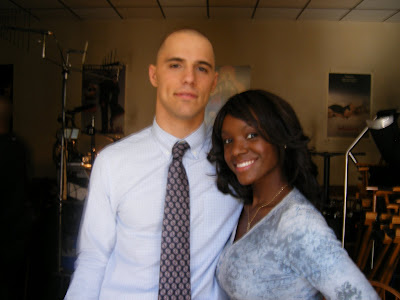 As I reviewed my pics from the summer of love (HAIR), I came across some shots taken while in Detroit. For a couple of days I left “Hair” rehearsal at the Public theatre (with permission of course) to film the pilot, “Prince of Motor city.” Described online by the Futon Critic as:”A drama pilot about a Gothic family soap inspired by “Hamlet” that centers on Billy Hamilton (Warren Christie), a young Harvard philosophy professor forced to return to Detroit to take over the family’s auto company after his father’s death.” It starred Daniel Zacapa, Aidan Quinn and Rutger Hauer, “Friday Night Lights'” Benny Ciaramello. My scenes were with Benny (pictured above) who was not at all excited to work with me lol. Since my co-star was pretty ufriendly I spent lots of time chatting up the the DP (director of photography) John S. Bartley, who sat with me during lunch for a chat, he actually worked on a New Zealand or Australian production of Hair ages ago! In “Prince of Motor city” I played “Roz”, a fun and flirty girl who works in the Hamilton Motor’s factory. 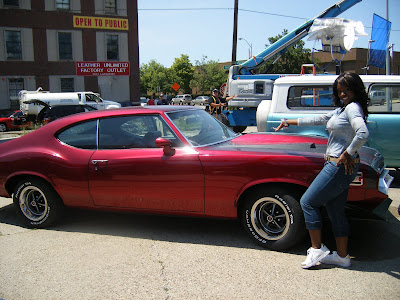 The show was cool because they took real cars and tricked them out to perfection to create a realistic new brand of car from the show’s car brand “Hamilton Motors”. I wish ABC would pick it up already! But there will certainly be more shows in the future!