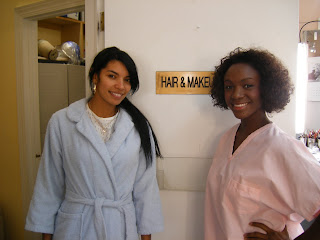 Hello,
I’m happy to announce that I filmed an episode of Law & Order. I was told that my episode would air on December 3rd–by an official letter from the creators of the show– but I got several calls and texts saying people saw it already!!? Go figure? Sometimes they do holiday repeats and maybe you’ll catch mine on Dec. 3rd as I was told. . . I played “Nurse Pelzer” and had scenes with the two new detectives played by Jeremy Sisto and Anthony Anderson. Its a cute little scene with the detectives and my sleeping patient (in the picture above awake!) and I felt just like my Mom–Deborah, who happens to be a nurse in real life! There is certainly more to come!