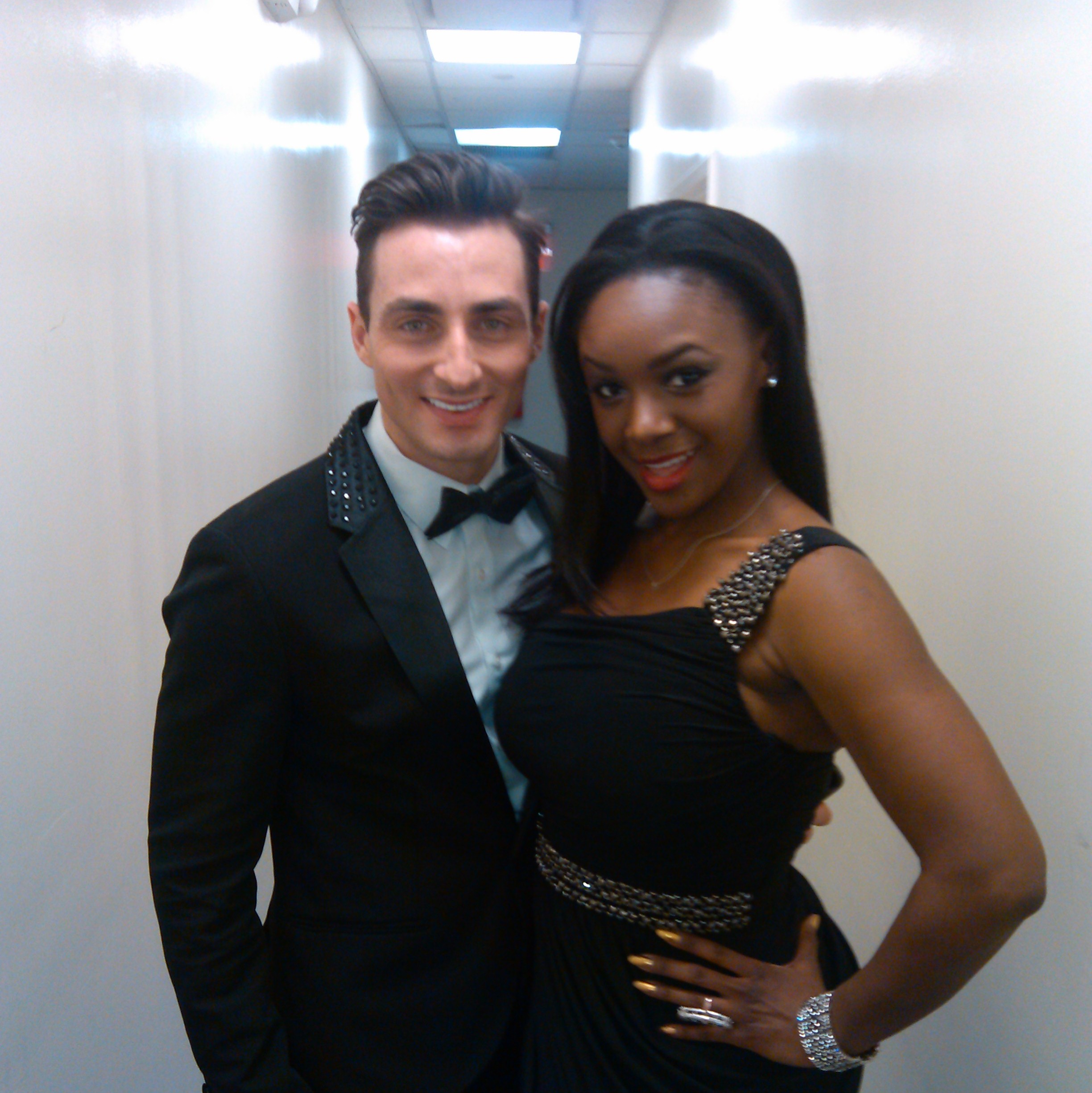 Hoping everyone had a fabulous New Years Eve, or a prayerful one, or a hell of a party night as was the case for most of New York city. I brought in the new year with my last of many performances for 2012. I was a featured performer for the Ice Ball at XL complete with James Bond theme. The handsome Scott Nevins was the host and I conjured up some Shirley Bassey for the kids. Scott and I do killer shows together and they really seemed to enjoy it. It was a pretty uneventful night until I got a the train on my way home. Why do folks just have to fight when they’ve had too much to drink? Woo I saw some craziness in the subway car next to me and the train stopped in between stations for like 20 minutes. I was like Lord don’t let me spend the night on this train I got another party to go to LOL. Well I guess destiny meant for me to make it my next destination, the New Years breakfast was yummy, and I saw lots of friends and acquaintances. Plus had an impromptu interview with Chester Gregory regarding his upcoming career moves. K.I.T. ya’ll more juice later

•Sometimes your girl invites you to roll through

A little story in honor of this year‘s country m

What are you waiting on? Go ahead and binge seaso

#repost from @wonderyearsabc Sending our congrat

#HAPPYHALLOWEEN Look at all these amazing women wh